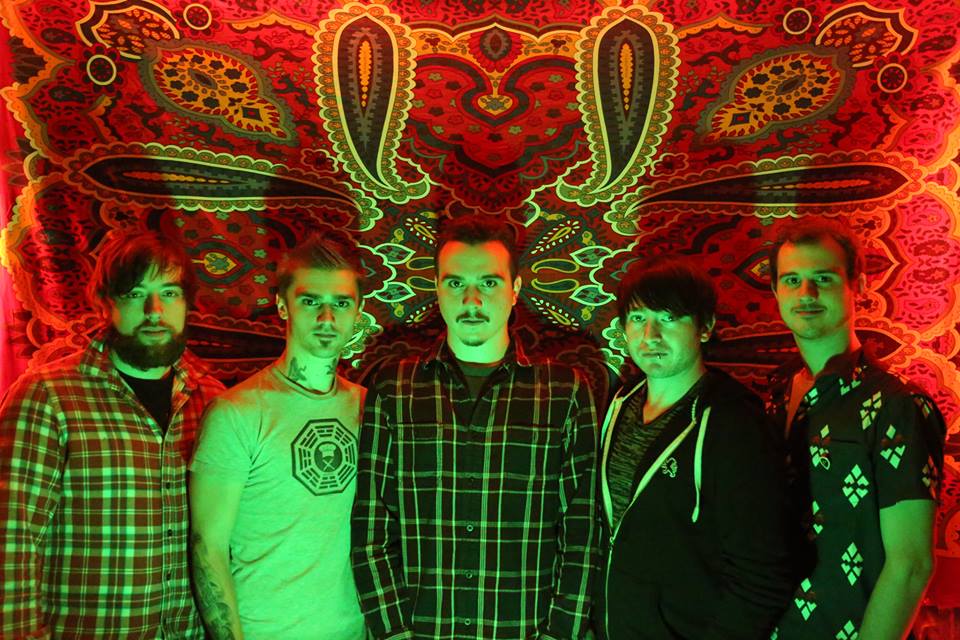 Hailing from the great city of New York, Event Horizon describe themselves simply as a rock and roll band, which is just as good a description as any. Their line-up consists of John Clark on lead vocals, Parke O’Leary behind the drums, Craig Podell on bass and Mars Vendz doing lot of damage on guitar. For a four-piece, Event Horizon have a huge dynamic range – in their bio they emphasise the band’s ‘creativity’ and – although this may come across as big-headed to working-class Northern Brits like ourselves – they are not being immodest by doing this, they can back it up all the way.

‘Rift’ begins with Mars Vendz’s electric guitar. Vendz is a very ‘creative’ guitarist; he shows a lot of remarkable skill throughout this song beginning with his use of an e-bow here. The immediate effect is raga, but when the rest of the band launch into the song it becomes something quite different. The drum-beat of the song is pure Led Zeppelin; in this case 5/4 (I think), and this took me by surprise because the song seems to be very commercial pop/rock with a lysergic edge to it. The drums are muscularly played by Parke O’Leary, and Craig Powell’s thunderous bass-line keeps everything locked in superbly. What is remarkable here is how much the band sounds natural playing in this unusual time-signature; they make no fuss out of it at all. Which brings us to John Clark’s vocals; like most rock singers, Clark sings in a high-register and there is a huge amount of power and control in it.

During the verses his voice is treated with a heavy vibrato effect, but this doesn’t detract from melody. It is perhaps owing to Clark that ‘Rift’ remains a very melodic song despite the idiosyncratic arrangement and production style. Vendz’s also plays some powerful rock riffs on this song; even when they appear to be generic he always seems to add something to them to take them out of the ordinary, for example; unusual scales on the choruses and a heavily flanged guitar-solo (all of which reminded me John McGeoch’s work with Siouxsie & The Banshees). Event Horizon already seem to have a very defined and refined style of their own but I can hear some influences in their work; for instance, Red Hot Chili Peppers, Mars Volta and Rage Against The Machine. And yes, I can even hear The Beatles in their melodic style and harmonies. The only thing that surprises me about this band is that they are not already huge. Steve Albini (or even Brian Eno – that’s how this band rolls) should produce them immediately.