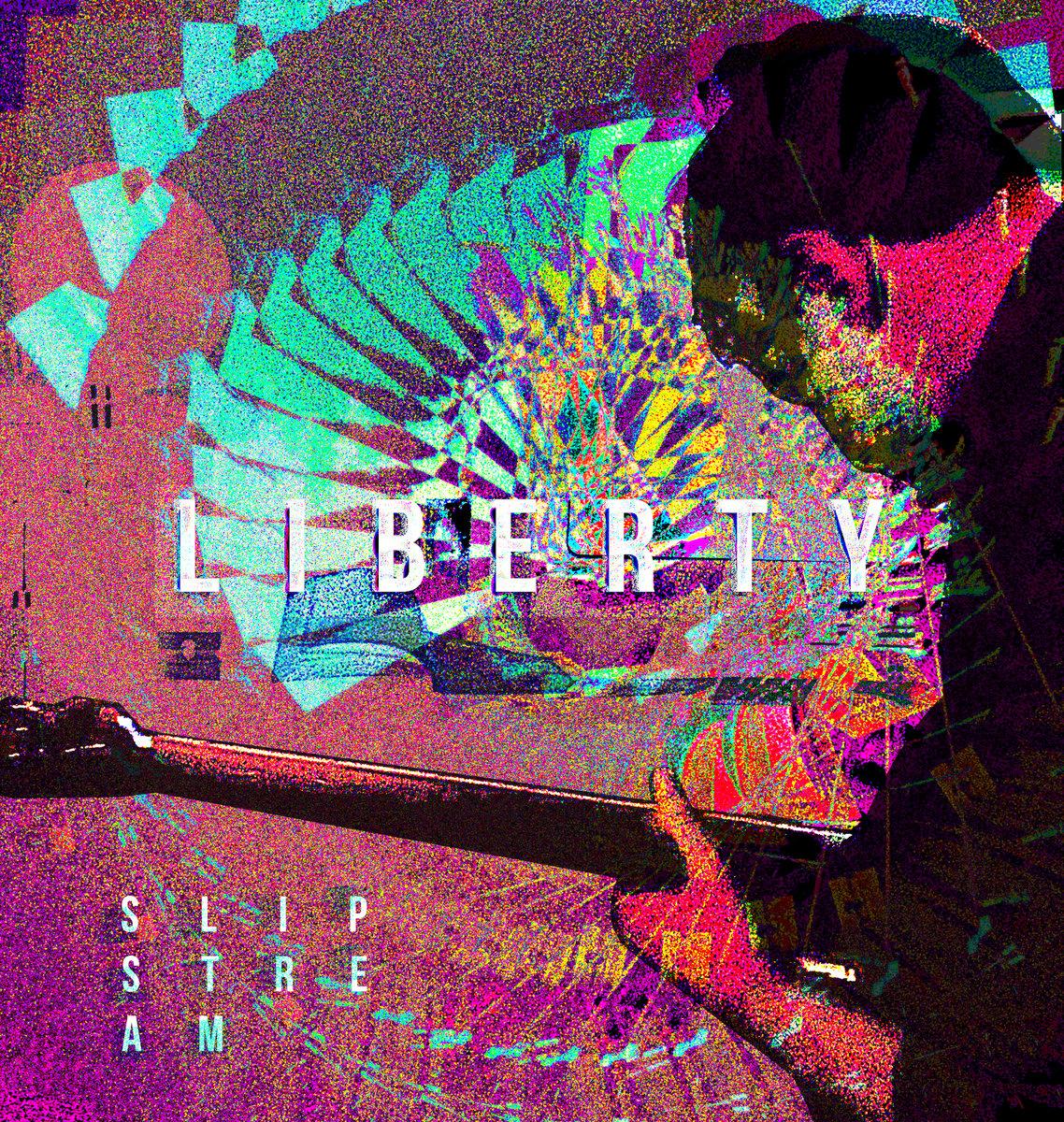 Slipstream are an Indie rock band from Northampton, who formed in 1994 from the remnants of Spiritualized, creating an eclectic sound of electro-guitar infused music. Until 2004, Slipstream were a four/five piece but, since 2004, is comprised of former Spacemen 3/Spiritualized members Mark Refoy on vocals and guitars/synths, and Jonny Mattock on drums. As a two piece, Slipstream have continued with their musical journey, whilst being renewed and reborn in the process. They are a band who are ever-evolving musical masters, who open up the doors of Indie-pop, alternative rock and intermixes it with a stream of alternative dance. They are a band that float between the realms of dream-pop and shoegaze, whilst travelling beyond the aesthetics of pastel palettes, translucent tangles and shimmery synths. They are a band that shine from their own celestial constellation, dazzling from their own kaleidoscopic kingdom, but with their feet placed firmly on terra firma.

With such an impressive back catalogue of music, their latest album, Liberty, maintains the high calibre of sounds, that free-styles the senses and emancipates the soul. Produced, mixed and mastered by Pete Gleadall, Liberty is an album highly recommended and has been selected as my “Album of The Month”. A sublime album, Liberty is an intersection of angular riffs that glide obliquely aside the sonic shudders and perpendicular pulses. It’s an album that time travels through the seasons of space-rock, and orbits in a universe of hypnagogic haze and electro elation. It’s an album that liberates your spirit on the tribal dancefloor, whilst creating enough spacey interludes to encourage autonomy and deep reflection.

As an album, Liberty is a musical mosaic that welds all the poignant pieces of post-punk and fuses them together, sculptured with raw materials, to create a spectacular work of art. Listening to Liberty feels like a sunrise of a new dawn, that is soporifically sensuous, ubiquitously uplifting and beaming with a newfound optimism that regenerates from its harmonious haven.

Through the pristine vocals of Refoy, Liberty alternates between a breezy cool of daydream dissipation and deadpan delivery that conveys a depth of emotions in one take. As a frontman, Refoy writes from the heart and sings with a sentimental sensibility that taps into its pensive psyche and reaches out to its cosmic collective. Along with the wizardly wonder of Mattock, Liberty is an album that turbo drives, backtracks and propels Slipstream forward as artists. A superb album, Liberty is perfectly polished, flying free with an uber-cool composure that doesn’t ruffle its peace-loving feathers.

With its opening track Hold On Tight, the album fastens its seatbelts and gets you set for the reverie ride of dream-pop, whilst sliding down the rabbit holes of neo-psychedelia. It’s a jolt of delirious drones, tambourine taps, jangly riffs, throbbing bass and spiked strums that ascend from the ashes of shoegaze, intermixed with a wondrous wave of dark-synth-pop. Along with the piano-esque flutters, industrial shudders and shore-synths, Hold On Tight creates an eclectic transcendence of alternative rock, whilst resurrecting the abstract ambience of ethereal-pop.

Again with The Big Idea, Slipstream revisits the heavenly harmonies and bendy reverberation of dreampop, whilst indulging in an injection of feel-good endorphins. It’s a captivating track, whose singalong chorus and oscillating riffs swings with solidarity, whilst providing a euphoric sense of spiritual awakening. Along with the fractured fuzz, electro- elongation and underlay of brooding basslines, The Big Idea spins and rotates in a vortex of neo-psychedelia.

Girl From The Black Country resides in the melancholic chambers of alt-rock and jangly-pop. It’s a heart-warming tracks, whose tender lyrics resonate and linger aside the curving riffs and pulsating beats. Along with the stellar synths, Girl From The Black Country is air-lifted towards an ethereal horizon, whilst evoking a sense of haunting beauty.

Bradlaugh Fields Forever takes you into a lucid labyrinth of speckled strums, nomadic bass and flicker synths that saunter across a synth-pop soundscape. Along with the stepping-stone synths and deadpan vocals, Bradlaugh Fields Forever wanders down a melancholic maze of dream-pop and neo-psychedelia. It’s a hypnotic track, whose jagged synths and sonic spears pierce into the heart of experimental rock, reminiscent of the early 90s, whilst spinning in a perplexity of power-pop.

Cascade is an other-worldly wave of shoegaze showers, that swirls and sonic-steps in a dreampop downpour of euphoric synths and curving riffs. It’s a captivating track that surrenders the senses and spins in a whirlpool of wonder.

Some Dreams judders, shudders and pulsates at a formidable force. It’s an uncompromising catharsis whose menacing drones, sonic-screeches and jagged riffs prowl in the murky marshes of melodic rock. It’s an adrenaline infused release, that thuds, crashes and burns with a heavy heart across a flatlined track.

You Knew All Along- plods and collides in a duality of synth-pop and jangly-rock. It’s a melodic breeze of pensive poetry, that delves deep into its sentimental soul. Through the meditative lyrics and harmonious vocals, You Knew All Along evokes a sense of wistful nostalgia, that drifts into the realms of indie-pop.

Love Is The Only Way is a tribal gathering of industrial clatter and bobbing bassline that drags its feet into the drum circles of ambient pop. It’s a soul sanctuary that filters, streams and rises like an ethereal entity whilst levitating above the dreampop clouds. Through the mantra of lyrics, Love Is The Only Way unifies with a cosmic love that uplifts, shines and nourishes the soul.

Teardrops dances in a wave of whirls, throbbing synths and space tremors. It’s a vocal-free track, whose roaming riffs drift towards an alt-blues horizon, whilst tripping on the psychedelic pathway. It’s a hypnotic track, that invigorates the senses and goes beyond the shades of synth-pop, whilst revisiting the dream-trance scene of yesteryear.

Liberty was released on 22nd October 2021 and is available via all digital platforms.