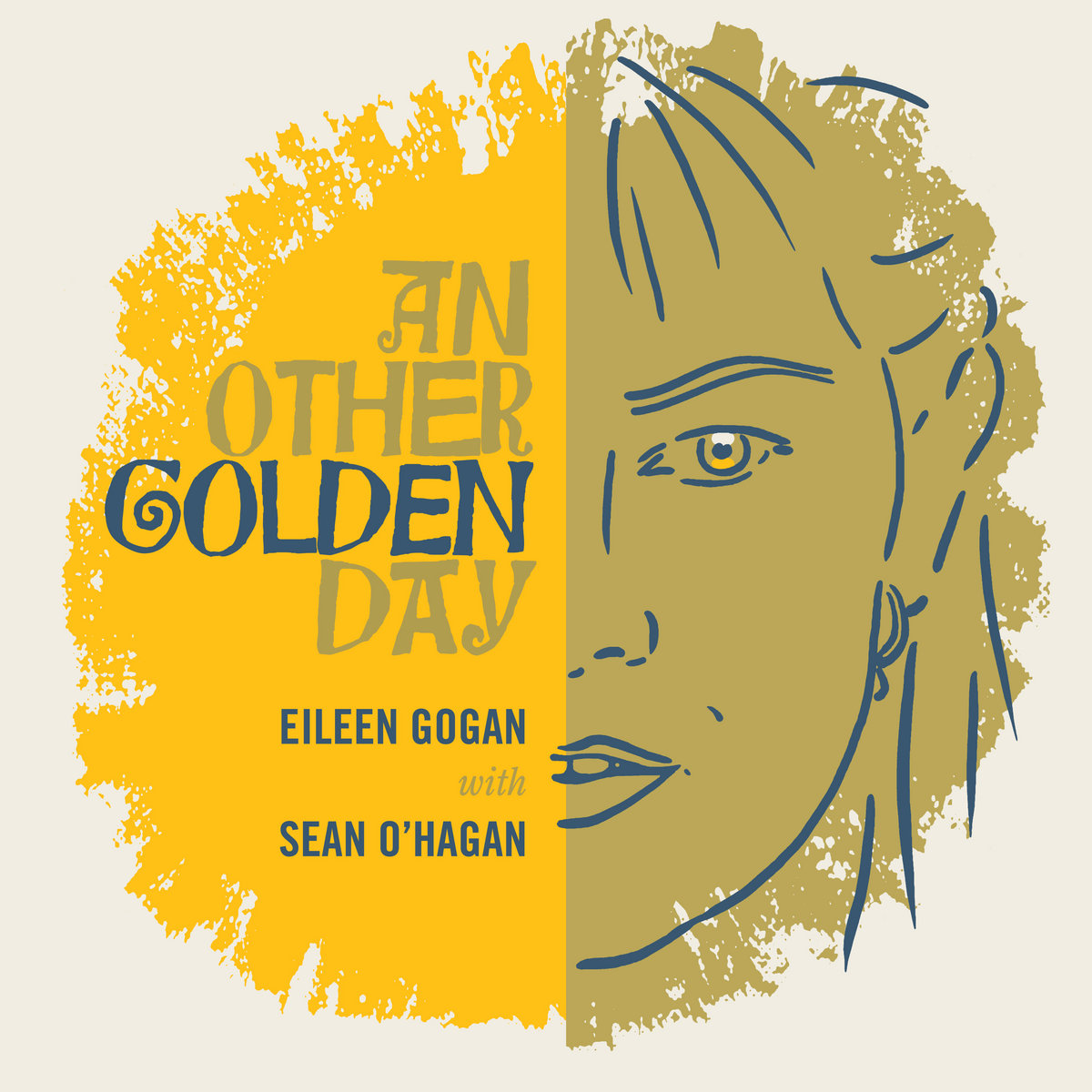 Eileen Gogan is a singer-songwriter from Dublin whose catalogue of music  is classically crafted and pleasantly pure. It’s music that cuts through the core of many musical genres and opens up a new wave of Irish alternative rock. Having performed in various bands, including The Revenants, Acton Bell and The Drays, Gogan has been busy working on her solo material and whose albums “The Spirit Of Oberlin”, released in 2015 and “Under Moving Skies”, released in 2020, gained her critical acclaim and a loyal fan base.

Now, after teaming up with Sean O’Hagan (Microdisney, Stereolab and The High Llamas),  Gogan has released the EP “Another Golden Day”, which is testament to her talent of creating songs that tell a story and offer an intimate invite to the small-print of its soul. It’s also an EP which is a great reminder of the sheer skill and professionalism of O’Hagan, whose vision and versality as an artist and producer has created a platform for a cross-over of genres and sub-genres. From neo-folk, neo-psychedelia, prog-rock, baroque rock, to chamber-pop, Another Golden Day is an EP that sweeps you along the troubadour tides of contemporary folk, dips its toes in the Farfisa foam of psychedelia and is swept away by the waves of orchestral pop. It’s an EP that redefines folk with a sprinkle of indie-pop and chills out in the languid lounge of neo-jazz, whilst uplifting the spirit during those rainy days and moments of soul solitude.

Walking Lanes is a breeze of neo-folk and baroque rock, whose stripped down acoustics, piano tinkles, and tambourine taps signposts the track down a pensive pathway. It’s a beguiling track, that sings from the heart, soothes the soul and fills with a warm sense of nostalgia. It’s pensive poetry, whose thought-provoking lyrics, provide a landscape of city streets and faded green.

Wave is a neo-folk, neo-psychedelia, baroque-rock gem that unearths the magic and mysticism of neo-classicism and gives it a contemporary shine. Through the relaying vocals and rotating soundscape, Wave carries a baton of light down its interchangeable pathways. It’s a pristine production that wanders into the backdoor of neo-jazz and ebbs and flows into an orchestral-pop shoreline.

The Last Signal lazes in the backrooms of lounge-jazz and neo-folk. It’s a captivating track that saunters into the recesses of neo-psychedelia, whilst colliding with the floating debris of prog-rock.  Along with the spell-binding vocals, The Last Signal takes you to a place of sentimentality and sprightly melancholy.

Released on January 21st 2022, “Another Golden Day” is available via all digital platforms.